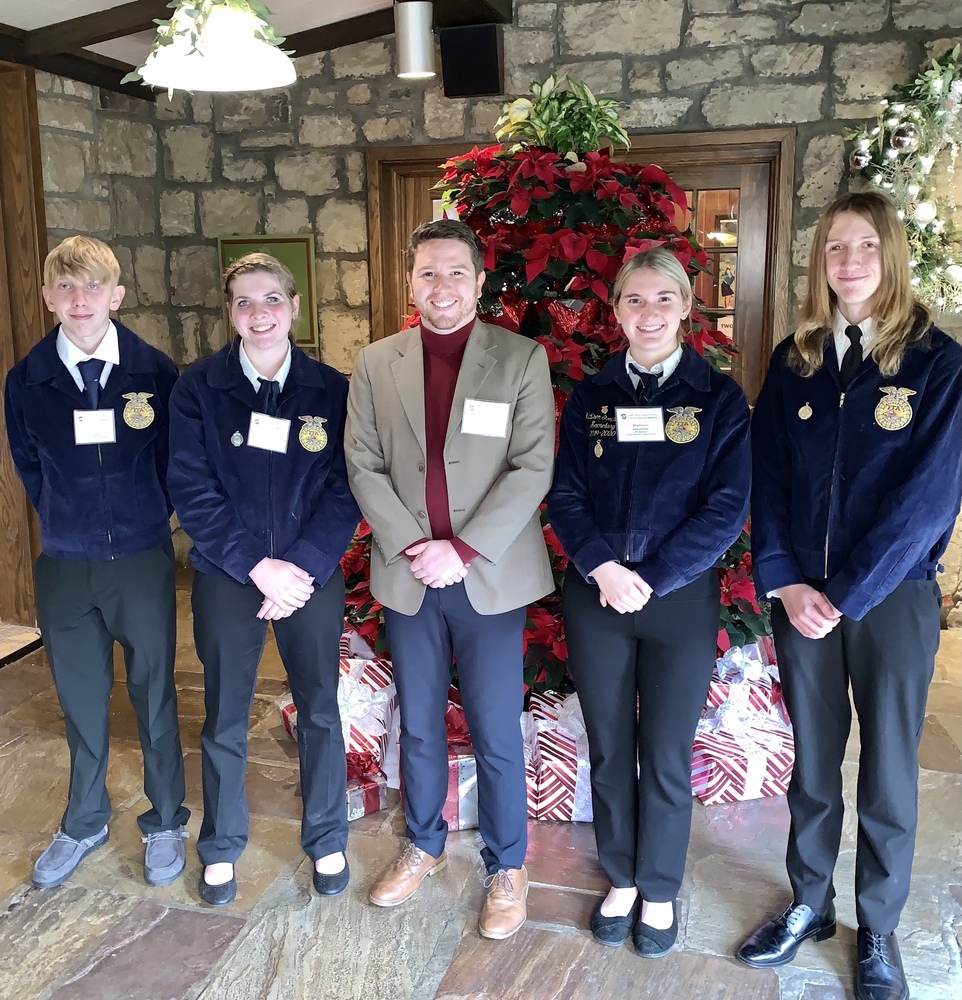 Teams were composed of 4 individuals.

Senior for teams whose members are 14 years of age (before January 1, 2018) and must not have graduated from high school. All teams must be from either the same FFA chapter or the same county 4‐H. Teams competed in a double-elimination competition in front of the Farm Bureaus General State Meeting.

Copyright © 2021 Harrison County Board of Education. All rights reserved. Powered By Apptegy